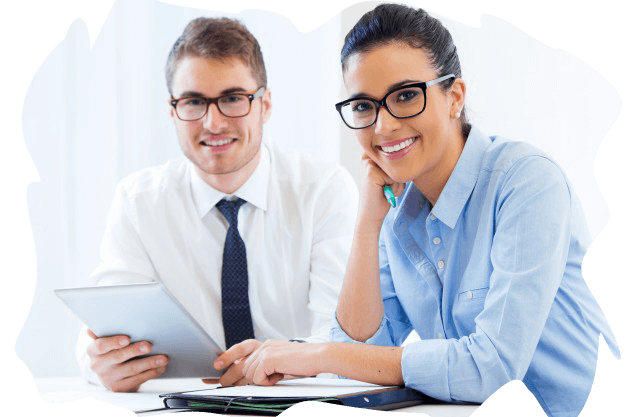 Registration of trademark mitigates the difficulties. Benefits of Trademark Registration under the Act are as under:

Q: What is the importance of Trademark Registration?

A: Trademarks are known to be a status symbol. Recent studies by TrademarKing.in shows people who have applied for a trademark and started using TM in their brand name has shown 8% increase of trust among consumers when compared to the unregistered trademark without TM symbol. Filing Trademarks also give you protection to certain extend.

Q: What is trademark class?

Q: Can I apply for trademark now and use it later?

A: Yes, Its called as Proposed to be used under trademarks act. It suggested to use your brand name as soon as possible.

Q: Will Registration give you absolute protection to your trademark?

A: No, Registration will not give you complete protection for your trademark because your protection depends on the marketing of your product.

Q: What are the requirements for trademark registration?

A: We need details like 1. Your Name, 2. Your Firm Name, 3. Business Address location, 4. Brand name, 5. Name and Age of Person who will sign the papers, 6. How long are you using the brand name? If a partnership firm them the list of partner names, 6. Logo if any. Please register at client portal and get all documents.

Q: What cannot be trademarked?

A: You cannot trademark personal names, trade descriptive word or direct reference to the Goods.

Q: Can I register a domain name as my trademark?

Q: How much time will it take to register a trademark?

Q: Can I get trademark without an intention of using it?

A: Yes, but you will never have protection for it because the trademark is granted on the basis of usage.

Q: Can I file wordmark and logo in the same application?

A: Yes, its called Composite trademark. You can file it in single application.

Q: How frequent should I renew my trademark?

A: Trademark has to be renewed even 10 years from the date of filing provided it has been registered.

Q: Is my trademark internationally valid?

A: No, your trademark is valid only in India.

Q: What if I dont Register my trademark?

A: You will still retain your trademark rights under passing off law.

Q: Can I register my business, firm or company name, or Slogan / Tagline ?

A: Yes, you can register your firm, business, taglines or slogans under Class 35.

What is a TradeMark

A trademark is a visual symbol, which may be a word, name, device, label or numerals used by a business to distinguish it goods or services from other similar goods or services originating from a different business. A registered trademark is an intangible asset or intellectual property for a business and is used to protect the company’s investment in the brand or symbol. A trademark is registrable if it is distinctive for the goods and services you provide. Proposed trademarks that are similar or identical to an existing registered trademark cannot be registered. Also, trademarks are not registrable if it is offensive, generic, deceptive, not distinctive, contains specially protected emblems, etc.

Trademark protection is available for certain names, symbols, devices, or words that will be used in connection with a good or service. Technically, if a certain mark is associated with a service, it is called a “service mark,” but trademark is commonly used to refer to both marks associated with services and goods. The purpose behind trademarks is to allow companies and individuals to indicate the source of their goods or services and to distinguish them from others in the industry.

Protection of trademark is a matter of public policy in the interest of trademark owners and the and the public at large as consumers of goods and services. As was highlighted by the Delhi High Court in Cable News Network (CNN) v. Cam News Network Limited. “A trademark is much more than just name or symbol of identity that a trader adopts in relation to his goods and services, it is repository of his business’ hard earned goodwill and reputation in the market. A huge amount of business capital is invested in the promotion and marketing of trademarks which have presently come to be identified with a myriad of roles-from creating brands out of goods and services to defining the market trend, from endorsing business ideologies to even espousing social causes for Benefits of Trademark Registration. However, this is just one side of the picture. The huge stakes involved in trademarks has made them susceptible to economic vices such as infringement and passing off thereby opening floodgates of litigation”.

The Trademarks Act, 1999, which has repealed the Trade and Merchandise Marks Act, 1958, retains the amalgam of the civil and criminal law relating to trade marks effected in the predecessor enactment. The new legislation is designed to provide for registration of trademarks used in relation to services, in addition to goods and consequently affords better protection to trademarks in general. The law seeks to simplify the procedure for registration of trademarks and give more effective protection against infringement, by widening the scope of infringement and strengthening the criminal law. Common law rights are explicitly recognized, vide Section 27 of the Act and brought within the scope of criminal law (other than Section 107). Thus, rights acquired by use of a trademark, not registered under the Act, are protected by an action for passing off and or by criminal action against the infringer for an offence under Section 103 of the Act. However, as compared to the common-law remedy, where the proprietor of the mark must adduce evidence of user of the trademark to establish his title to the mark, registration of the mark affords an easy means of establishing title to the mark. Accordingly, registration under the Act provides better protection to trademarks. The law and procedure for registration is also simplified.

Before the establishment of a system of statutory registration of trade marks, the only way rights in a trademark could be acquired was by public user of the mark in relation to the goods or services. In seeking the aid of the Court to protect such an unregistered trademark, the difficulties of the plaintiff in an action for ‘passing off’ under common law were to establish his title to the mark by adducing evidence of prior use; to show public use by him of his trademark for such time and in such manner that his goods had become known in the market by such mark; and to prove that the use by the defendant of the mark is likely to enable him to pass off his goods as those of the plaintiff.

Another difficulty is that in an action for passing off, the Court determines questions simply between parties and not against all persons, and the owner of the mark, therefore, must prove de novo the contentions in every action against a new infringing defendant. Naturally, the litigation process is tedious, entailing time and high cost.